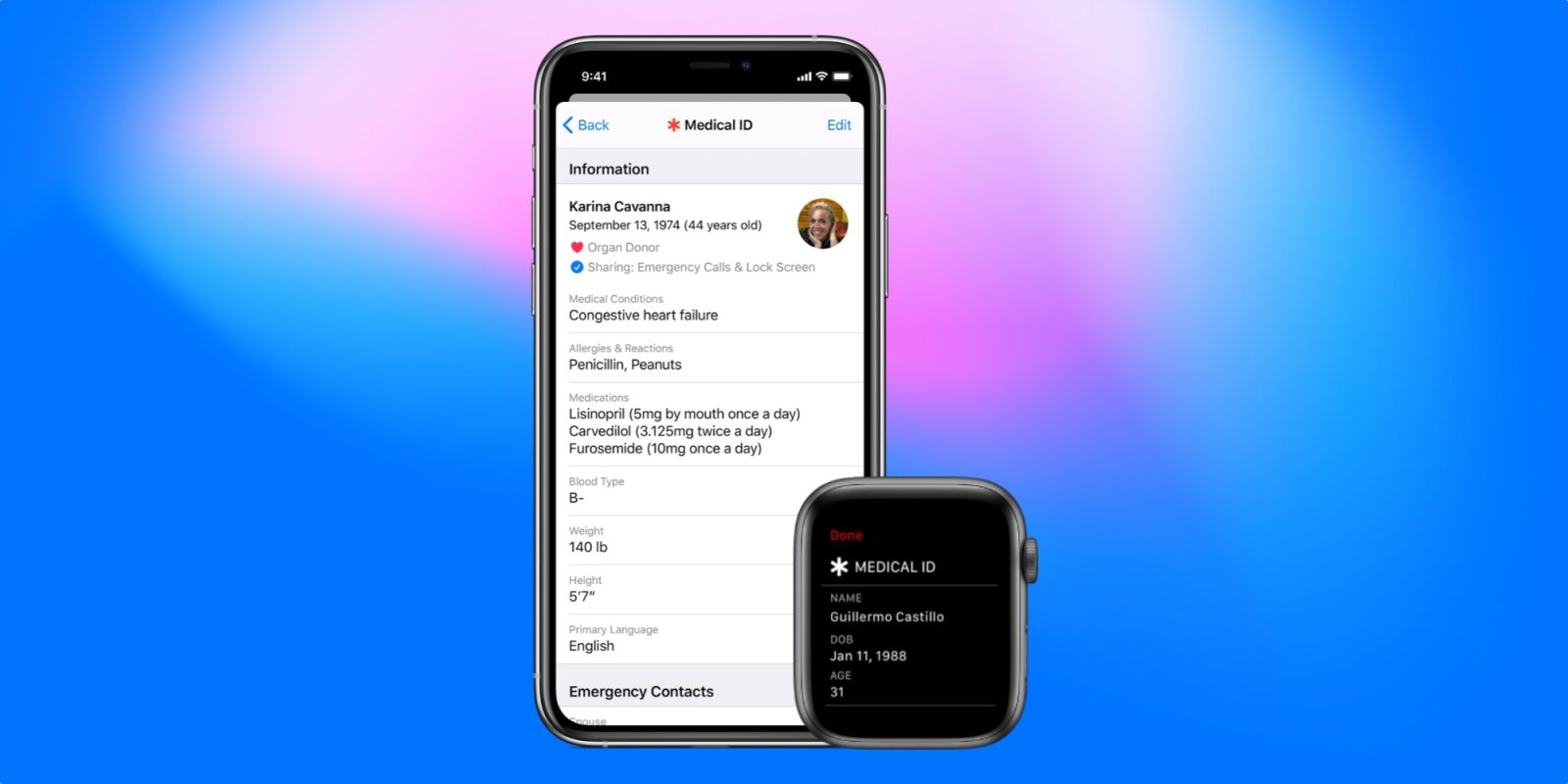 Apple is moving quickly to release new software features that improve lives during the COVID-19 health pandemic. One new feature that’s aimed to help first responders will be useful for iPhone and Apple Watch users even after we reach the other side of the coronavirus outbreak. The change is coming in iOS 13.5 and watchOS 6.2.5 later this month.

Apple Watch and iPhone have supported a feature called Medical ID that lets you collect critical health data in one place. Medical ID can include your contact information, date of birth, medical conditions, blood type, and more.

Medical ID can be accessed from the Lock Screen on the iPhone without a passcode, or by holding the Side Button on an Apple Watch even if it’s locked. The idea is that anyone can see important health information about you in a time of need even if you’re not responsive.

Emergency SOS also alerts your emergency contact when activated. This feature has been critical in saving lives by notifying first responders when an iPhone or Apple Watch user has an accident.

What’s new in iOS 13.5 and watchOS 6.2.5 is a new capability that connects Medical ID and Emergency SOS together. Starting later this month, customers can opt in to a new Emergency SOS feature that automatically shares Medical ID information with emergency services.

This helps first responders by reducing the need to ask about allergies, medications, and medical conditions. First responders will automatically receive this vital information from Medical ID when Emergency SOS is activated.

Medical ID information is stored in iCloud in an encrypted format and encrypted when in transit. This privacy is maintained with the new capability by relying on Enhanced Emergency Data to securely share the data with first responders.

Apple Watch Series 4 and later also feature Fall Detection which automatically calls emergency services when a fall is detected and a user is unresponsive. The new Medical ID sharing feature will be used for Fall Detection as well.

The new feature is currently available in the beta versions of iOS and watchOS. Update to iOS 13.5 and watchOS 6.2.5 when the software updates are available later this month.